Winter animals and Imagination Vs Reality #3 (part 1) : a sloth!

It's been a while, but I've been working steadily on my residency for Nuneaton museum, interpreting their Inuit collection. You can read some of my blog posts here. And in studying the collection I've been able to develop a collection of winter animal drawings. Here are some of them: 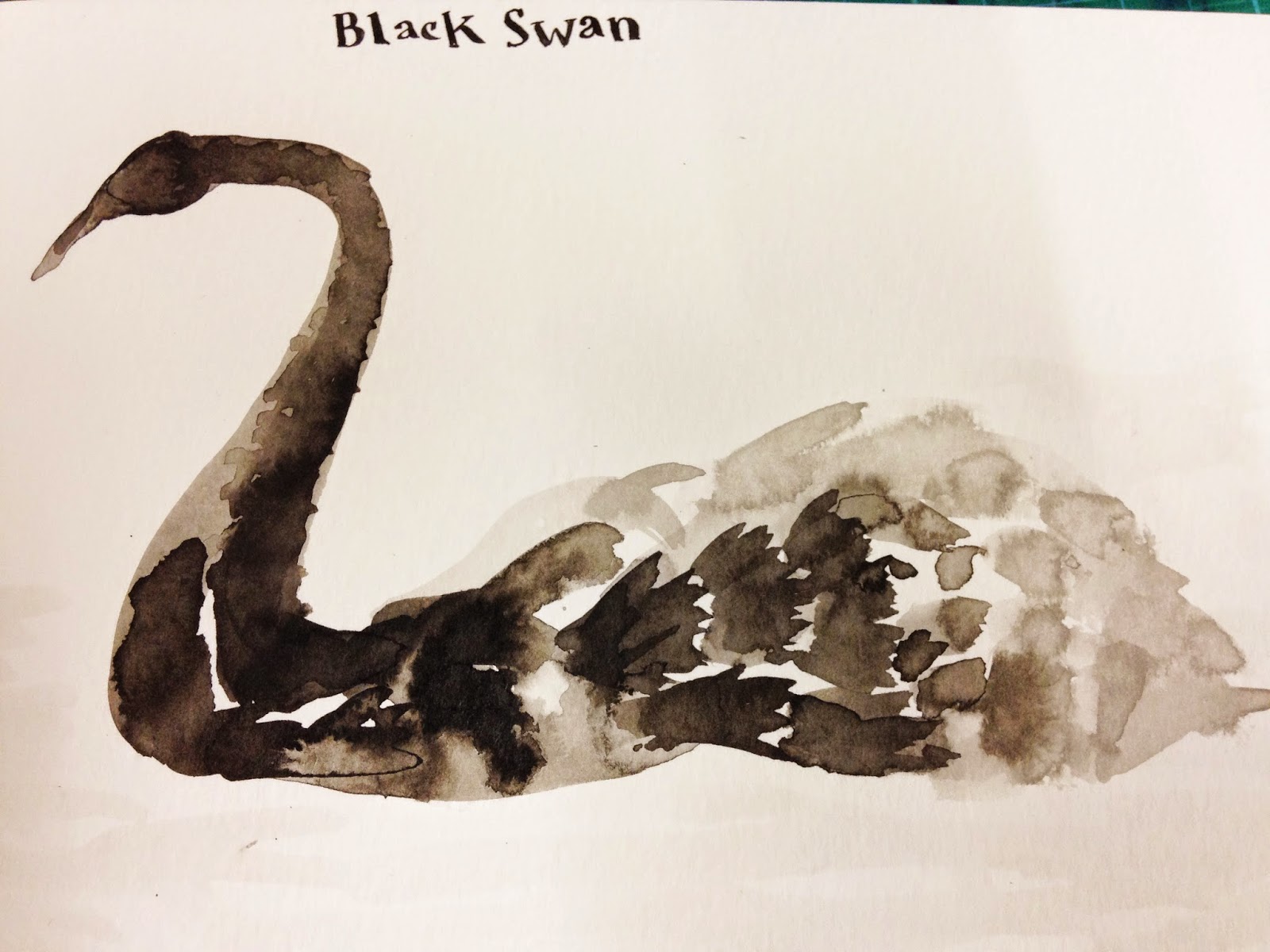 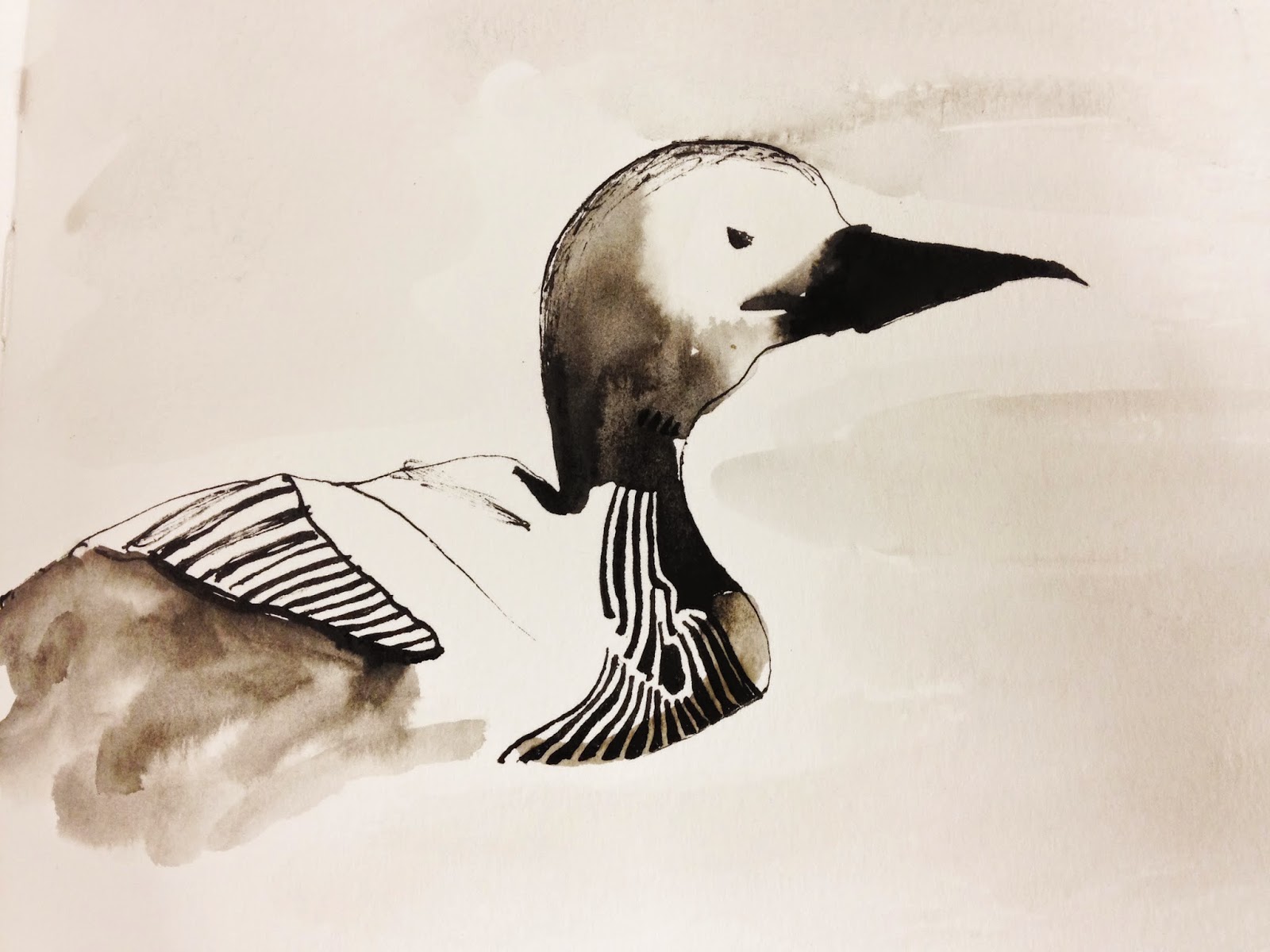 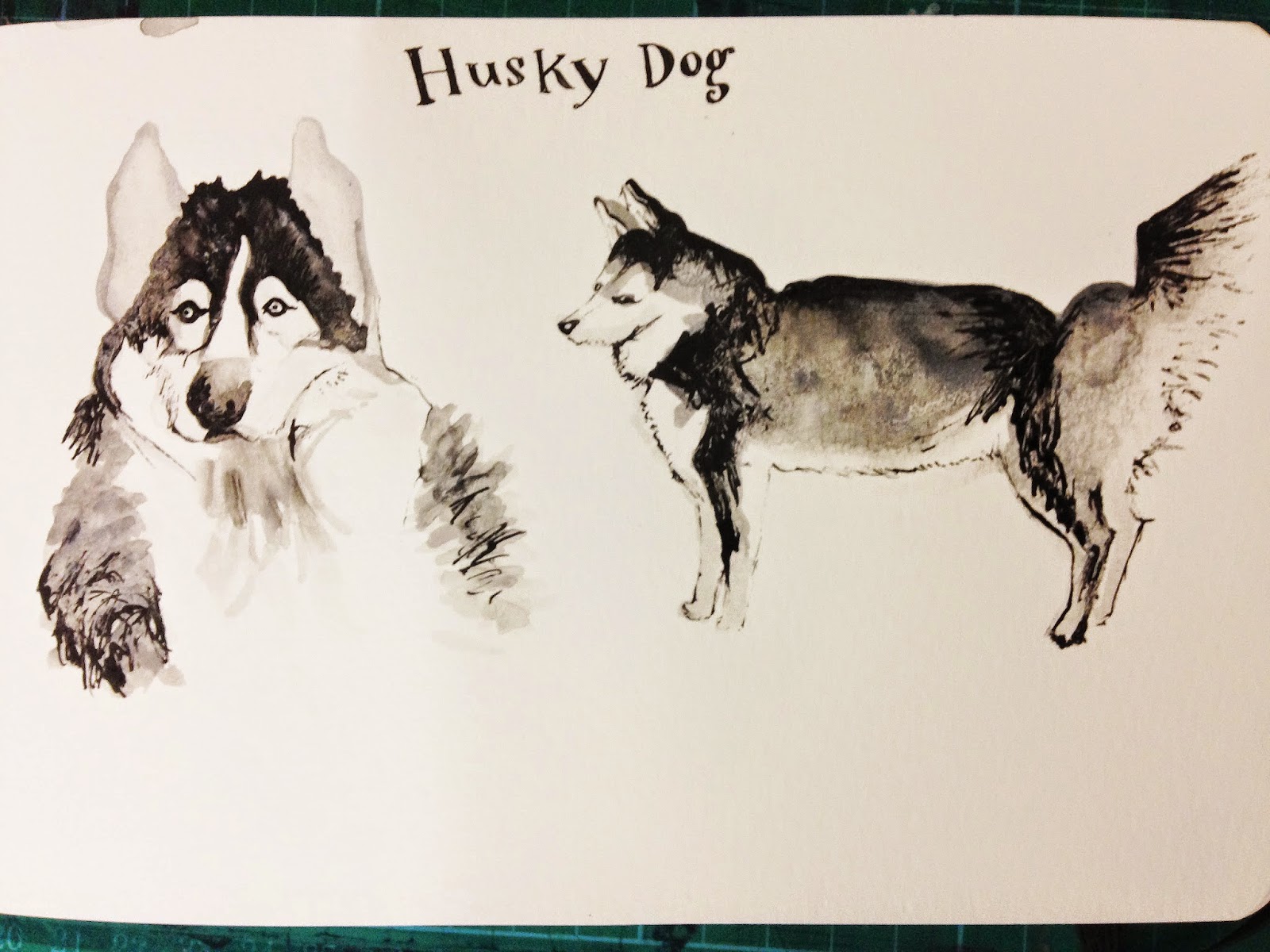 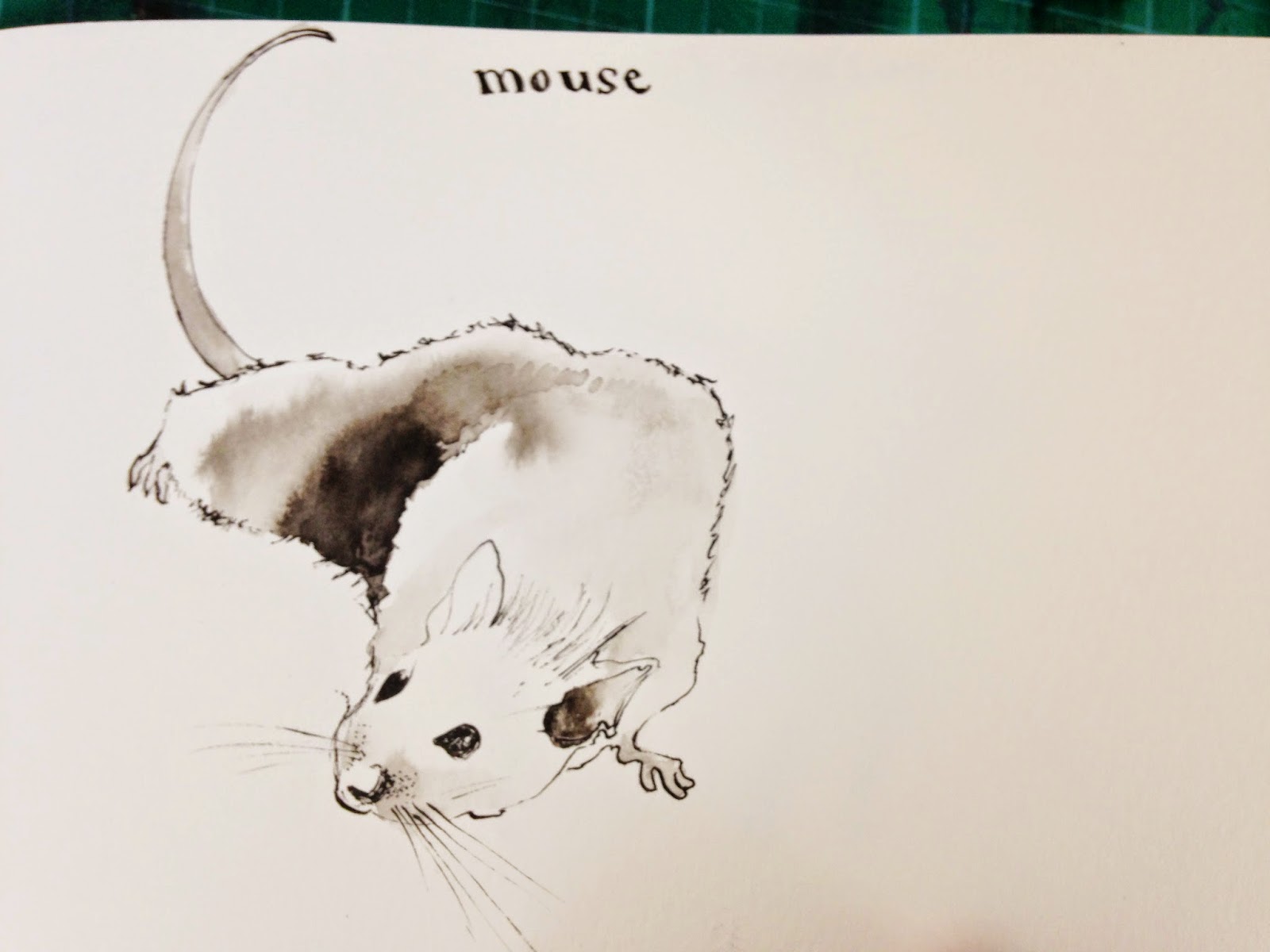 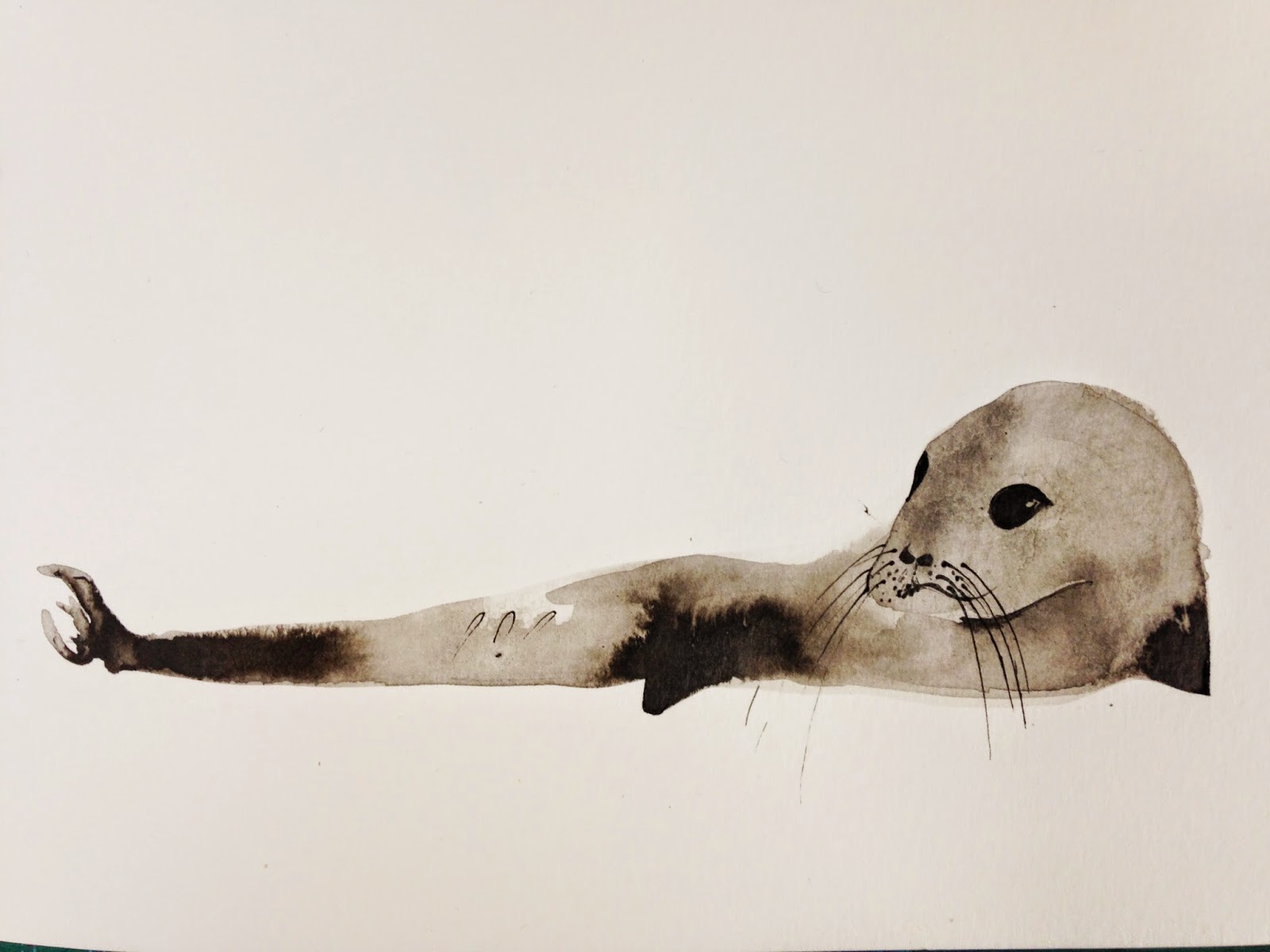 and it's been a while, but it's time to bring out another Imagine Vs Reality (#3). Introducing my version of the sloth and a real sloth to come next week! Stay tuned and let me know which do you prefer..... 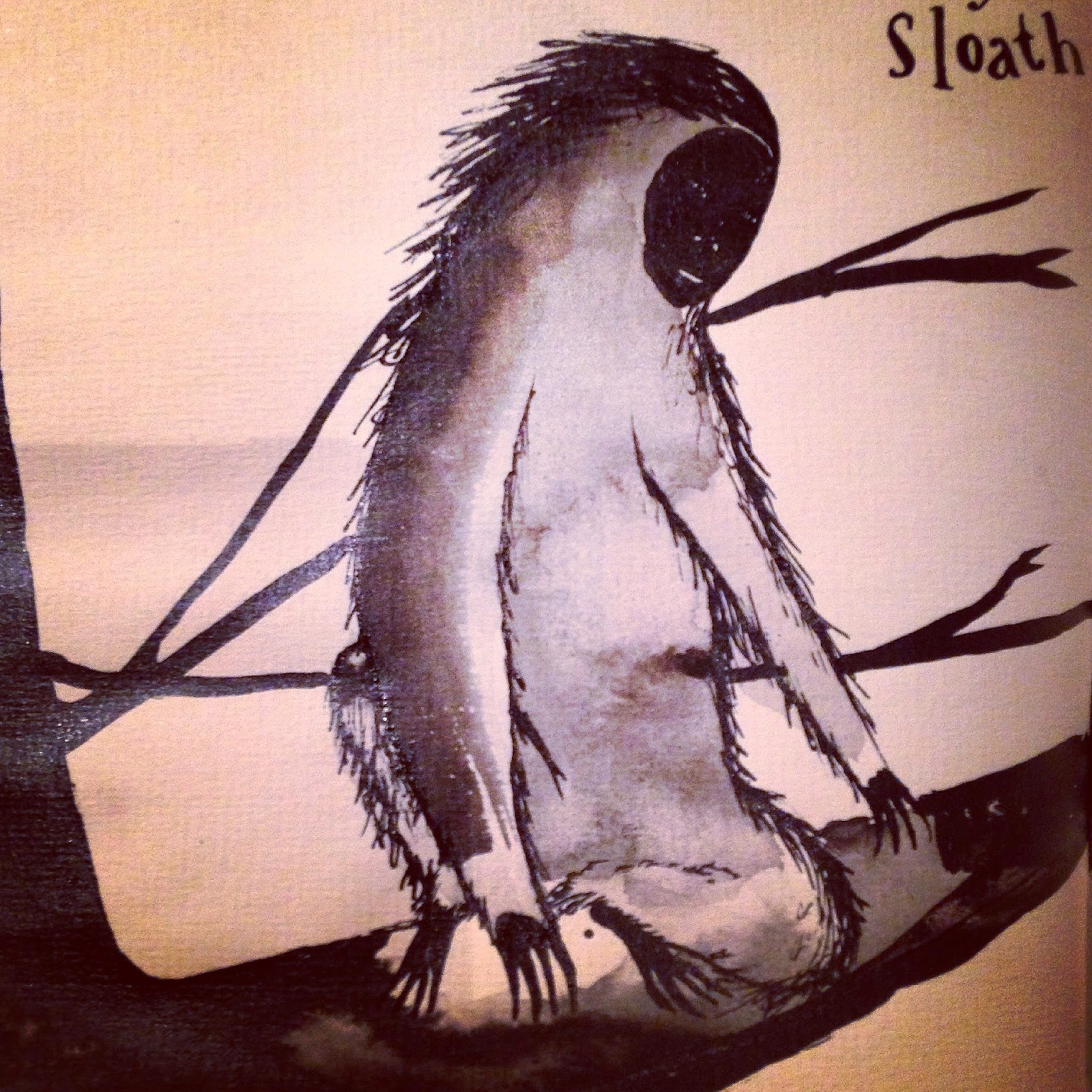 Illustrator in Residence for Nuneaton Museum!

Here is the press release from Nuneaton Museum & Art Gallery, announcing me as illustrator in residence to interpret their Inuit collection. The work will be displayed in an exhibition in February 2015, and I'm so excited to get to work on it:


Nuneaton Museum & Art Gallery has been successful in its bid for money from Arts Council England.

Arts Council England has awarded a ‘Grants for the Arts’ fund to support ‘Tales from the Tundra.’ For this project  the Museum will work with professional artist Jhinuk Sarkar to interpret aspects of its Inuit collection, culminating in a major temporary exhibition during Spring 2015. The funding will also support original artwork, interactives and learning materials, public events and talks.

“I'm really excited to work on a series of new illustrations that will hopefully inspire visitors to look at the stories behind Nuneaton Museum's extraordinary Inuit collection.
I know that sometimes one drawing or illustration can tell many more stories than a single written sentence, so I will highlight this using the fascinating objects the Museum holds on Inuit culture. By doing this I can help to bring the collection to life in a vibrant and engaging way for visitors of all ages.”

"I congratulate the Museum team on their success in gaining funding for this important project.  I feel sure that the artist in residence will provide a vital and exciting link to interpreting this fascinating element of the Museum collection as well as providing a valuable insight into Inuit culture.” 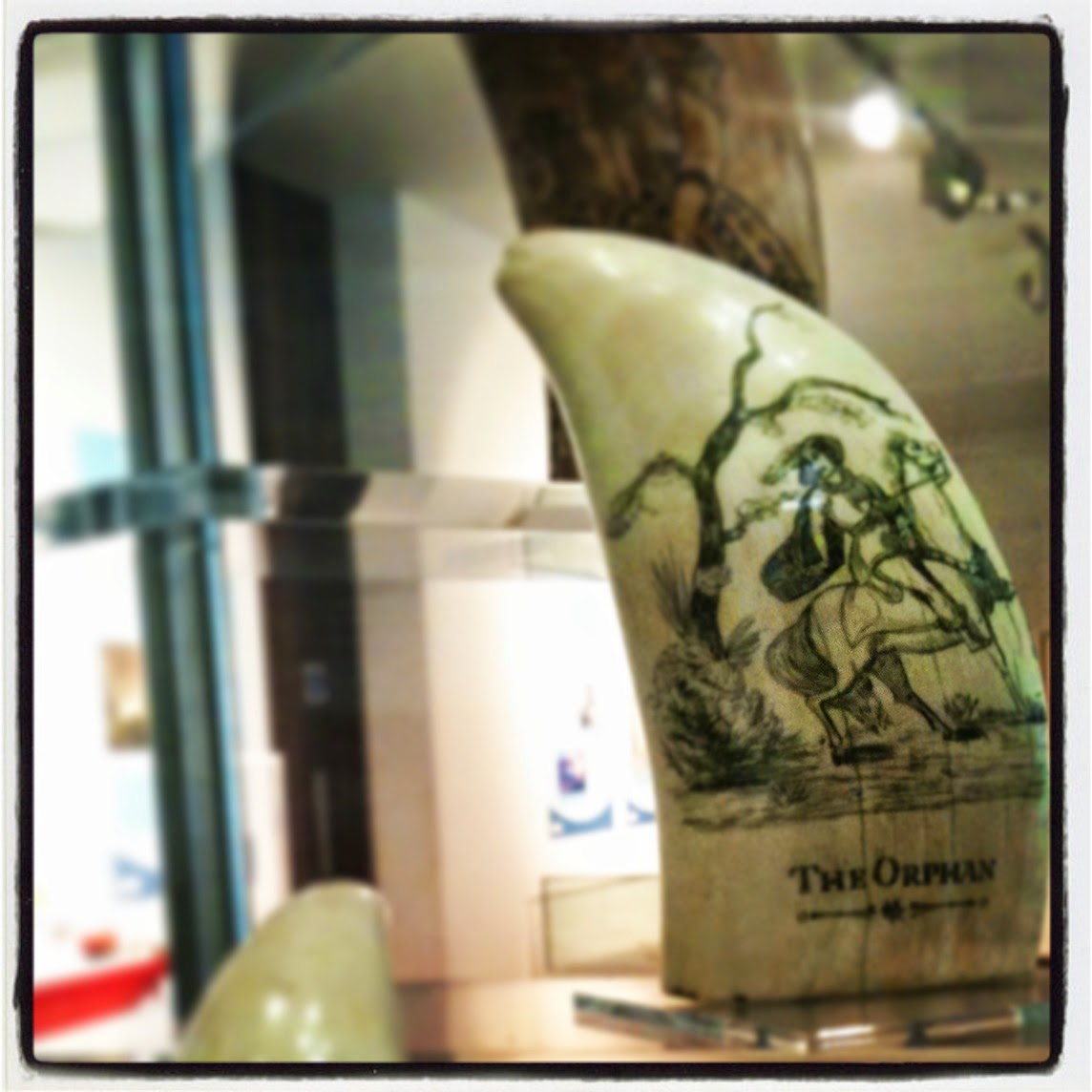 I have already been inspired by objects from the Scott Polar museum in Cambridge - such as this illustrated scrimshaw artefact above - such precision!

Stay tuned for further posts here on my progress during the project research stages.

Jhinuk
Posted by Unknown at 03:07 No comments:

A place to buy my work online!

Please visit my new little shop online where you can buy my screen-prints and original artworks at the click of a button...I'll make sure you all know when new things are added to my stock. Here's one of the pieces, 'My Kind's Your Kind' : 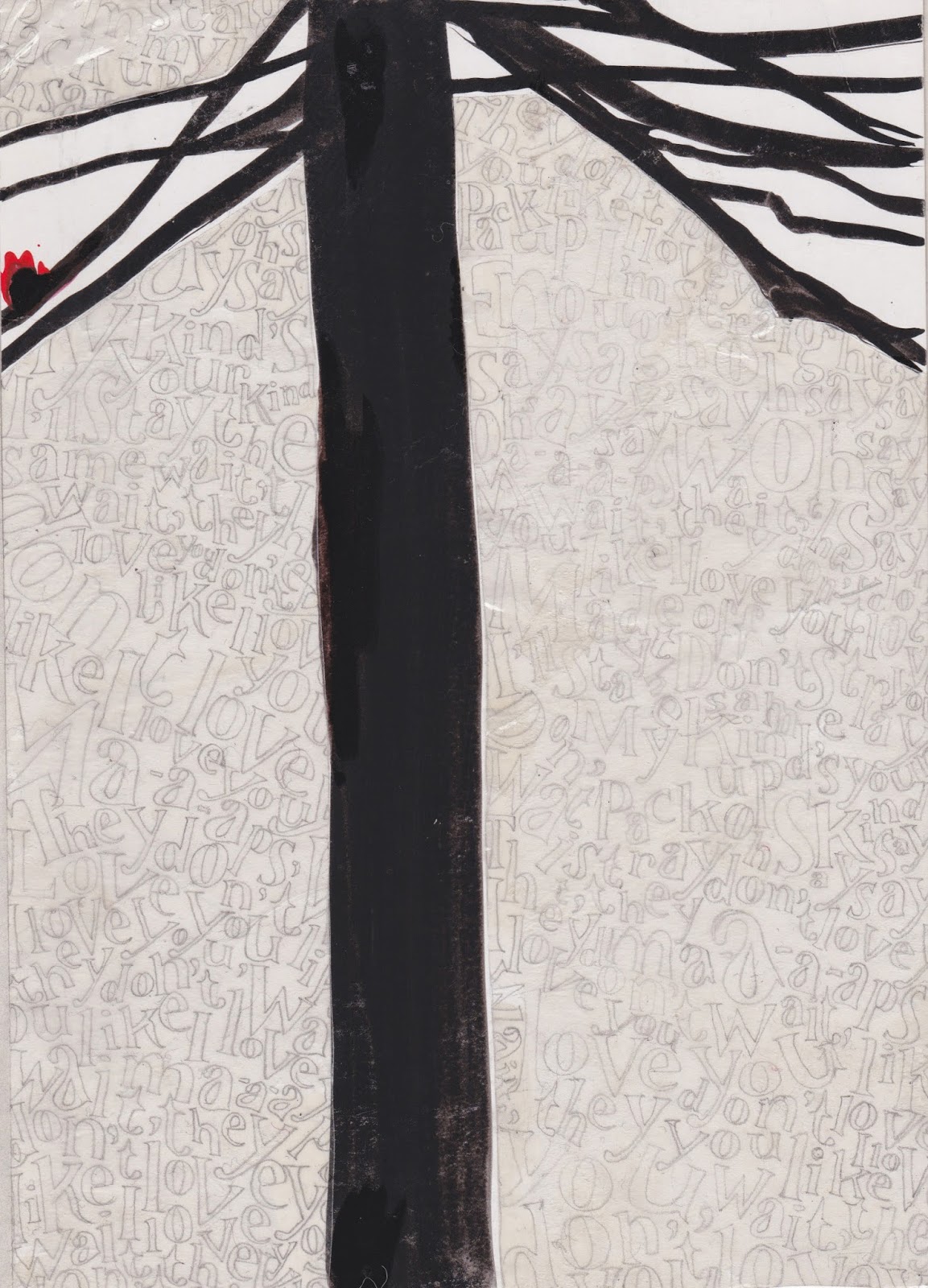 Please feel free to contact me if you have any questions about the work in my shop or any ideas you have for commissions. And you can also reach the shop link from my website.

Thanks for looking!
Posted by Unknown at 14:30 No comments:

This week had a huge Royal influence!

I delivered a workshop influenced by the Sensing Spaces exhibition. We were based in the learning rooms at the Royal Academy of Arts. It was great to work with a group of young adults from the Leighton Project to produce body wear influenced by the exhibition - and then walk into the galleries to become part of the architectural installations - it was almost like we were on a film set location!


My ideas for workshops are broad and very much tailored to the group I am delivering them to, though not strictly based on illustration techniques, this workshop used thinking and ideas involved in illustration practices such as creating characters and narratives. Visit my website to learn more about the workshops I can deliver.

Today my postcards sold in the Secret Postcard sale at Royal College of Art. I love seeing the array of work submitted by artists at all stages of their careers and hearing about the stories from the RCA blog, from the Paula Rego's to the Yoko Ono's and this year I hear that Jarvis Cocker even submitted imagery! Now it's sold I'll give you a peek at this little chap who I illustrated on one of my postcards this year:

As always, thanks for looking, and get in touch if you think of any illustrations you would like in your world.

This illustrated tea towel containing birds found in and around Waltham Forest will be available to buy at Vestry House Museum in E17 this weekend, to mark the 'Hitchcock Weekend' in Walthamstow taking place, which includes a screening of 'The Birds'.

Local artists and illustrators have 'Put a Bird on it' as commissioned by Create London.


If you buy one of these limited edition screen-printed tea towels for just £5.50, you will help! All the proceeds will go towards more art in our lives - by contributing to The E17 Arts Trail.

Jhinuk
Posted by Unknown at 13:34 No comments:

Work in the 'Hello? I Love You?' exhibition

The group exhibition I am in lasts for one more week at House Gallery in Camberwell, London. If you don't think you'll have a chance to see it or access the gallery I've given you a snapshot of my work in the exhibition below (unfortunately there is a tiny spiral staircase which is the only way into the gallery, but it is a lovely space, and has a great café).

Here is my work with details of sizes etc, alongside some pictures of the work in situe in the gallery.

If you want to see more work by the other artists featured in the exhibition, please visit our 'Hello? I Love You?' exhibition page here. 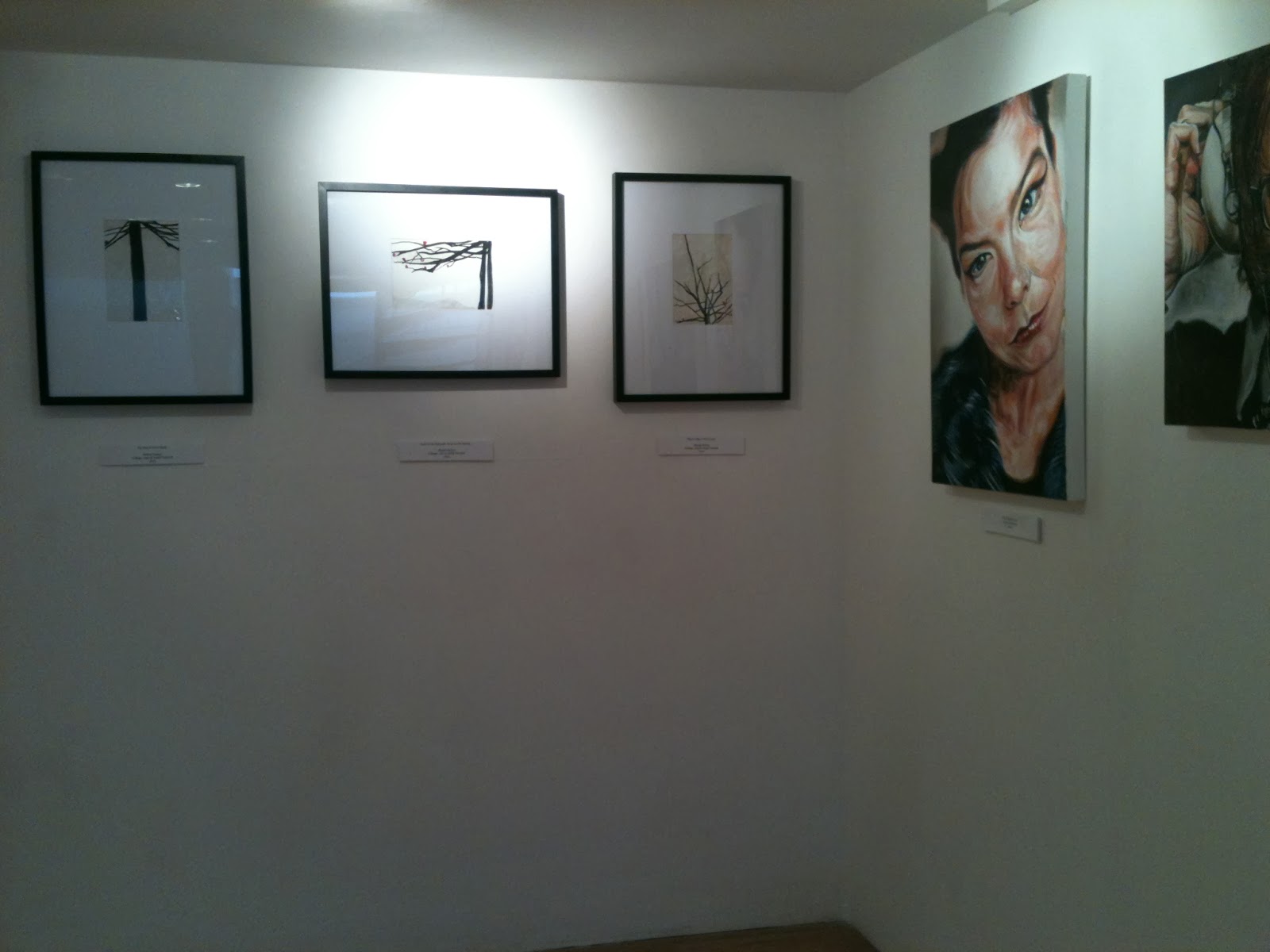 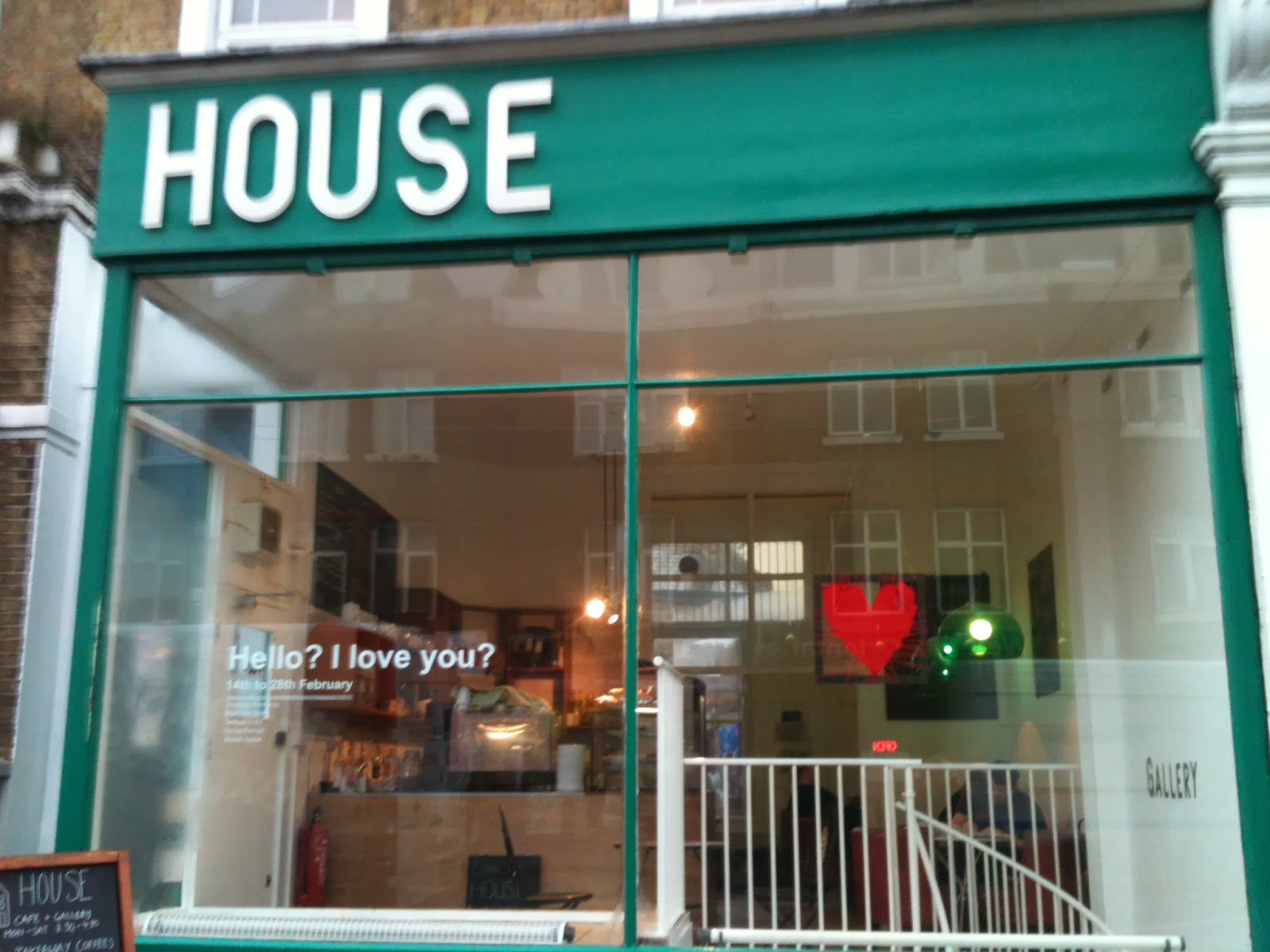 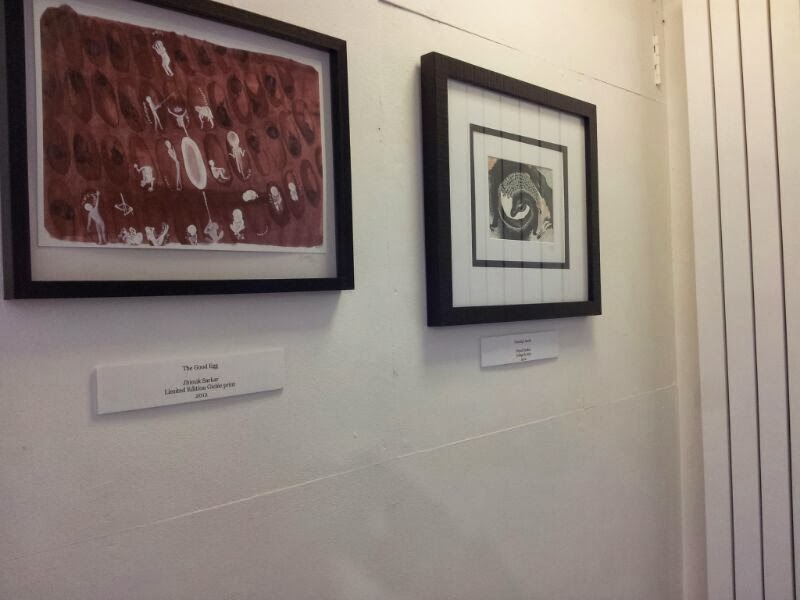 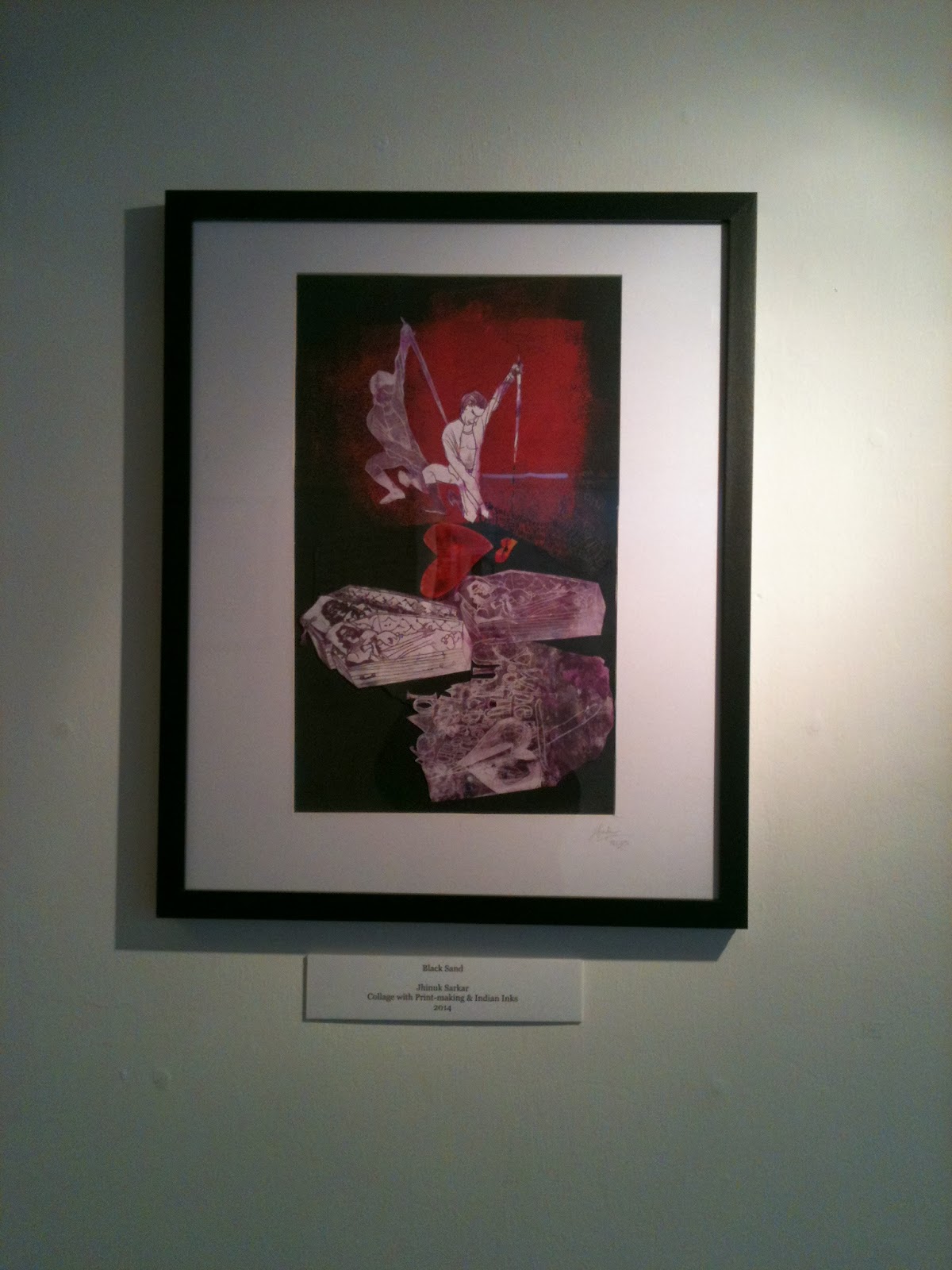 And lastly, some work I produced which never made the cut (my edit!) for the exhibition....but that I thought I would share with you here:

Until next time! Thanks for looking,

Jhinuk
Posted by Unknown at 11:33 No comments:

So far commissions have involved lots of A's - Animals and Architecture....


Aside from commercial and private commissions I'm also creating some new work to exhibit at House Gallery next month in Camberwell, London. Stay tuned next week to learn further details about the group show I am involved with.

I'm still raring to go on other commissions though (I like a challenge, try me!). If you have anything in mind, please contact me to put your request in early - the year is filling up fast.

Until next time...let's kick the January blues away and look ahead into an exciting year of more illustration in the world. Thanks for looking,

Jhinuk
Posted by Unknown at 02:43 No comments: